Pandemic lockdowns are expanding across China, including in a city where factory workers clashed this week with police, as the number of Covid-19 cases hits a daily record.

Residents of eight districts of Zhengzhou, home to 6.6 million people, were told to stay home for five days beginning Thursday except to buy food or get medical treatment. Daily mass testing was ordered in what the city government called a “war of annihilation” against the virus.

But Why are Covid Cases Rising in China?

In the previous 24 hours, the number of new COVID cases rose by 31,444, the National Health Commission said Thursday. That’s the highest daily figure since the coronavirus was first detected in the central Chinese city of Wuhan in late 2019. 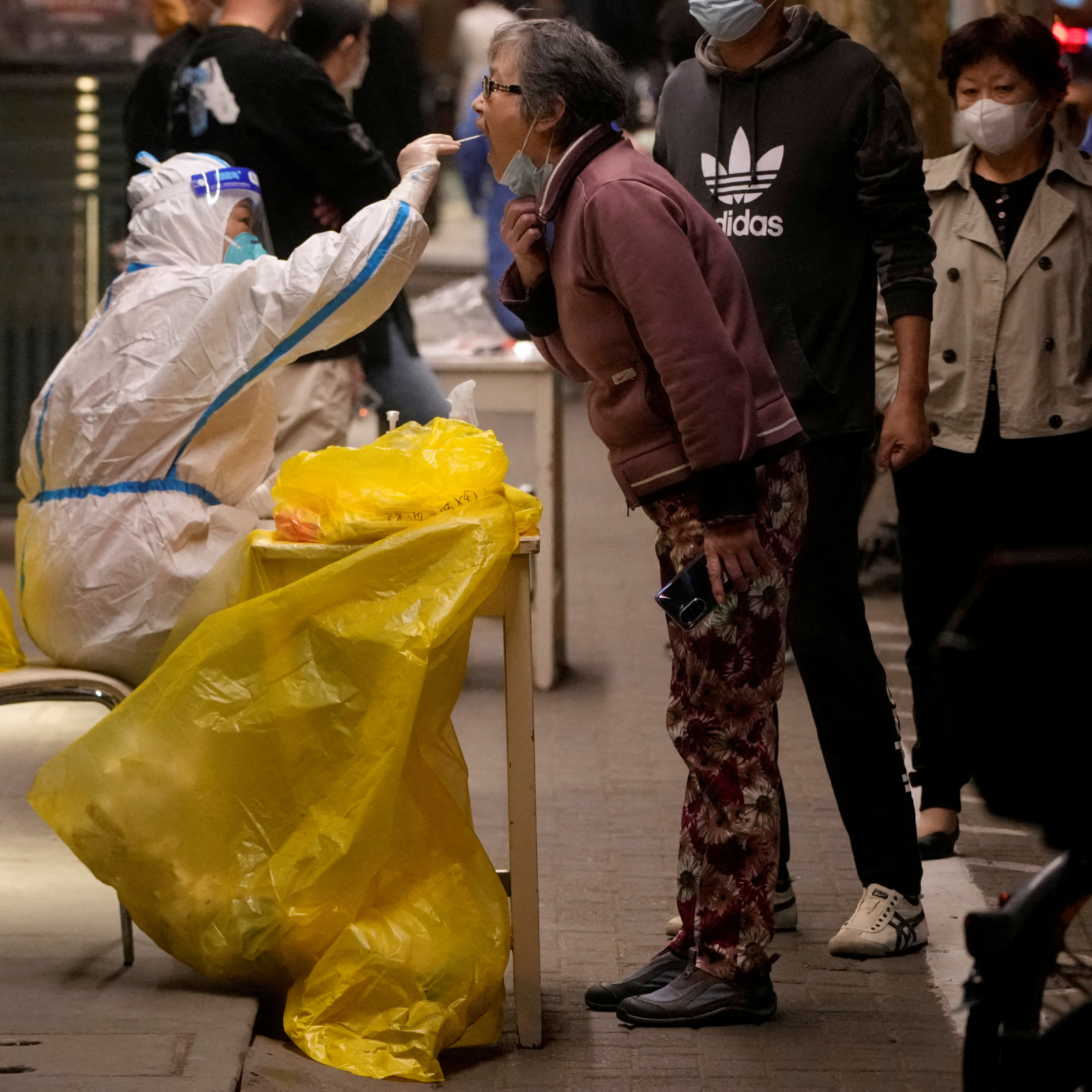 A medical worker in a protective suit collects a swab from a resident for nucleic acid testing, following a COVID-19 outbreak in Shanghai, China (Image: Reuters)

The daily caseload has been steadily increasing. This week, authorities reported China’s first COVID-19 deaths in six months, bringing the total to 5,232.

While the number of cases and deaths is relatively low compared to the U.S. and other countries, China’s ruling Communist Party remains committed to a “zero-COVID” strategy that aims to isolate every case and eliminate the virus entirely. Most other governments have ended anti-virus controls and now rely on vaccinations and immunity from past infections to help prevent deaths and serious illness.

But China is no longer imposing a national lockdown and has eased some previous restrictions.

But the central government is instructing local governments to impose strict lockdowns in their areas if a Covid-19 outbreak is detected, even if only a few cases are discovered.

In areas where cases have been reported, mass testing is being conducted. People who are found to have Covid-19 are quarantined at home or in a government-supervised facility. It has one of the world’s toughest anti-Covid regimes, and lockdowns last until no new infections are reported, according to a report by BBC.

Why China Relies on Zero Covid

In contrast to other countries, which have accepted that they will have to live with the disease to some extent, China is pursuing a policy known as “dynamic zero,” which entails taking dynamic action wherever Covid-19 flares up in order to eradicate it.

The Chinese government claims that this policy saves lives because uncontrolled outbreaks endanger many vulnerable people, such as the elderly. Due to strict lockdowns, China’s death toll has remained low since the outbreak began – the official figure is now just over 5,200. At the start of the pandemic, China was seen as an example of a country that handled the virus relatively successfully. However, the WHO has stated that the current Omicron variant spreading throughout China is extremely difficult to contain because it is more infectious than other variants.

“The virus is evolving and changing its behaviour,” said WHO’s Dr Tedros Adhanom Ghebreyesu. “As a result, changing your measures will be critical.” Chinese President Xi Jinping has called the zero-Covid policy “scientific and effective,” and the government has stated that the WHO’s proposed policy change would “inevitably result in the deaths of a large number of elderly people.”

Is Low Vaccination Among the Elderly a Cause?

The goal of achieving a Covid-free China has resulted in a focus that may overlook a critical issue, namely low vaccination rates among the elderly, the Lancet says in a report.

Despite accounting for the majority of Covid-19 infections and Covid-related hospitalisations and deaths in China, older adults remain largely unvaccinated; as of May 2022, only 38% of adults aged 60 years or older in Shanghai had received three vaccine doses, with rates even lower in those aged 80 years or older, the report states.

Workers in protective suits disinfect a classroom at a school to prepare for the resumption of classes following the coronavirus outbreak in Shanghai, China (Image: Reuters)

Early reluctance to get vaccinated was due to initial uncertainty about safety outcomes in older people, which stemmed in part from a lack of clinical trials assessing the outcomes of domestic vaccines in this age group.

In some cases, physicians who advised older patients with chronic conditions against vaccination shared this reluctance. However, widespread scepticism about vaccines predates the Covid-19 pandemic, which has been fueled by scandals; in July 2018, the Chinese vaccine manufacturing company Changsheng Biotechnology was found to have falsified inspection data for a rabies vaccine and to have manufactured ineffective diphtheria, pertussis, and tetanus vaccines for children and infants, the report states. Because of the lack of trust in domestic vaccine development, many older people, who are already concerned about safety and often prefer traditional medicine, have refused Covid-19 vaccination.

Those older adults who do seek vaccination have difficulty accessing vaccination centres due to limited mobility, particularly those who live in rural areas. Though low vaccine uptake may be misinterpreted as a result of neglect or even ageism, it may instead reflect the deference for older people ingrained in Chinese culture, according to which older people are granted autonomy to make health decisions.

Read all the Latest Explainers here ‘Congress Workers Wish to Take on BJP, Not Each Other’: Shashi Tharoor Ahead of Party President Election

Android 14 Beta Already Has A Release Date: All Details